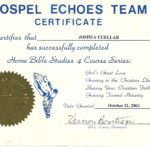 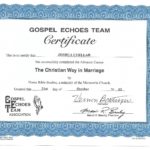 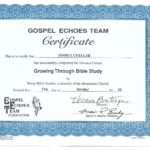 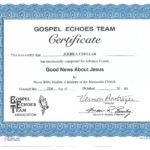 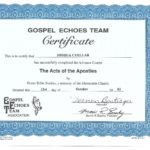 My copyrighted works on Christianity.

I want to state clearly that I am an atheist but I grew up in a Christian household and Christian community.

This was verified by the Elders of Church in El Monte, called “El Recovero” or The Recovery back then. It was located at 9820 Giovane St, El Monte, CA 91733. The building is still there and appears as it did when I was a child. It is viewable on online satellite imagery.

After finishing my studies in El Monte, I attended “Iglesia El Camino De Fe” in the San Gabriel Valley where I got to study with other children my age early Sunday morning. After 1 hour of studying, we would come watch traditional worship ceremonies in the main tabernacle where dancers wore white dresses with gold belts. It was usually one or two worship songs, the last few songs before church started. After the worship ceremonies we were allowed to go back to children’s bible study if we wanted to or we could stay with the adults to listen to Sunday Sermon. It was up to us.

I left the Christian Church at the age of 12 to explore other religions and secularism. This was because my parents were informed that I had to make a conscious decision to be a Christian and that they could not force me to attend church once I reached “the age of reason”. Many people in church believed this was around the age of 10, right before puberty. I started reading my Bible again at the age of 19 and as an adult completed my Christian Studies.

I completed a Christian “Mail-In” Course meant for prisoners at the age of 20 and was baptized in 2005 as an adult in Chino, California. Between the ages of 25 and 28, I attended Calvary Chapel on and off and volunteered with the Lutherans, Calvinists, Menonites and Catholics in 2012. Between the ages of 32 and 33, I visited a few Victory Outreaches but I was also doing Yoga and considering Buddhism or Atheism at the same time.

Between the ages of 20 and 33, my attendance at church was on and off. I didn’t really believe church was for me as I enjoyed other religions like Buddhism, Wicca, Druidism and Hinduism more and I really didn’t like having a conflict of interest between “my religion” and the things I actually enjoyed doing in life on a day to day basis. I studied about 1/3 of the Quran during this period starting from the first page and got about that far until the person that had lent me the Quran asked me for their book back.

As an adult, I decided Christianity is not really for me and I started identifying more as an atheist. There were a lot of posts online from people going through similar things. Not really believing in Christianity, pointing out the conflicts of interest between Christianity and living a regular law abiding life and feeling like they were “breaking traditions” with their older family members.

Not believing in Christianity and not being a Christian does not necessarily mean you can “switch over” to another religion because many religions are based on family or hereditary traditions and only invite new families in on a case by case basis. Many religions also believe in a God and even if its not the one in the Christian Bible, they have requirements for attendance, worship, memorization of texts and ceremonies as well as regular group participation in religious studies and ceremonies. Like with Christianity, many religions are open to visits and even conversions but not open to using their religious affiliation as sign of virtue or good character without taking part in their traditions and meeting all their religious requirements.

The main thing that steered me away from Christianity was not wanting to get married, enjoying the consumption of alcohol and their contempt for homosexuals. While I am a heterosexual and have never had sexual intercourse with a gay man or bisexual, I have made gay friends throughout my life. The Christian Bible specifically states that fornicators, drunks and homosexuals are not going to heaven in 1 Corinthians 6:10. The same verse also mentions the greedy, I like making money and having nice things and don’t believe a wealthy person should give away their riches or that people should live a life of suffering and celibacy or worse that they should enjoy a life of suffering.

For these reasons and various others, I completely stopped identifying as a  Christian as an adult, after I reached the age of reason, after I completed Christian Bible School and after I was babtized. While I consider myself atheist, my credentials are still valid because I can have theological and apologetic discussions with ordained members of the clergy and they can not dispute that what I am saying is not in the Bible or that I was not taught my knowledge of Christianity by authorized leaders of the Christian Religion. I also have a good comparison of different doctrines from different denominations within Christianity, there are a total of 77 major Christian denominations and they don’t always agree with each others “interpretation” of the Bible. Finally, I have a good comparison to other religions which is something many Christian leaders strive for so they can communicate and evangelize “to the unsaved”, “in their own language”. For all of these reasons, my credentials are valid, despite not being a Christian.

Today, I am proudly atheist as already mentioned.